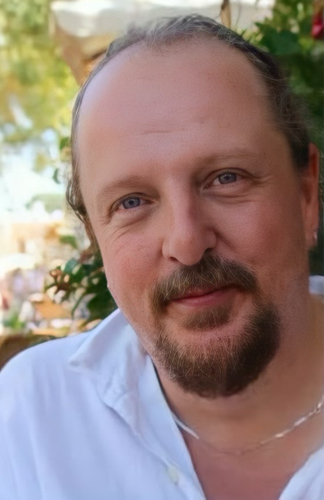 Dr. Roger Murphy, associate professor in the Department of Political Science, died Monday, July 4, 2022. He was 56.

Dr. Murphy attended Manchester University in England to pursue a bachelor’s degree in American Studies. He went on to continue his studies at Indiana University in Bloomington, Indiana, where he earned his Ph.D. in Political Science.

For over two decades, Dr. Murphy taught in the Department of Political Science at WKU. While he enjoyed teaching courses in International Politics, Politics of Western, Central, and Eastern Europe, U.S. Foreign Policy, American Studies, and War & Peace, he loved leading study abroad trips. During his time at WKU, he took students to Austria, the Czech Republic, England, Germany, Georgia, Ghana, Hungary, Poland, Russia, and Slovakia.

Dr. Murphy’s guidance and leadership was integral to the creation of the International Affairs major. Additionally, he served as the Model United Nations advisor for WKU.

“He instilled a love of travel and studying other cultures in me,” says Political Science graduate, David Thomas. “I went to Chicago with him for Model UN and later spent several weeks studying abroad in Central Europe with him. This led me to join the Peace Corps after college. I would not be who I am today without him.”

His passion for travel extended outside of the classroom as he visited 35 countries in his lifetime. He was also an advocate for causes such as environmental conservation, economic equity, and human rights.

“I was fortunate to work with Roger for the past 20 years,” says Political Science Department Chair, Dr. Scott Lasley. “He was an excellent teacher who had a tremendous impact on the department and on the lives of our students. He truly made a difference.”