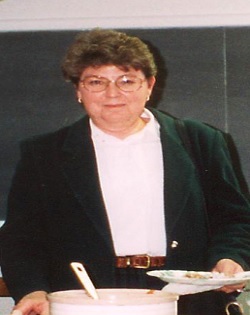 After receiving her Ed.S. degree from George Peabody College, now a part of Vanderbilt University, in 1967, she started teaching in the Department of English at WKU where she taught for over 35 years. Dr. Martin also received the prestigious Potter College Award of Excellence in Productive Teaching in April 1987 and May 1996.

“Professor Martin’s tenure in the Department of English was both extensive and productive,” says Dr. Joseph Millichap, former English Department Chair and Professor Emeritus. “She was a distinguished teacher as well as a supportive colleague. She was our best resource on English grammar and usage for many of us in the department, myself included.”

During her time at WKU, she also completed coursework for a Ph.D. in Rhetoric and Composition at the University of Louisville. After retiring from WKU, she continued to impart her expansive knowledge of grammar and composition to her grandchildren and great-grandchild.

“Professor Martin was enormously dedicated to the study and teaching of English grammar and composition,” says Walker Rutledge, Professor Emeritus. “Indeed, countless students credit her for showing them how to write with clarity and effectiveness. Her independent, unique presence enriched the fabric of the entire English department.”