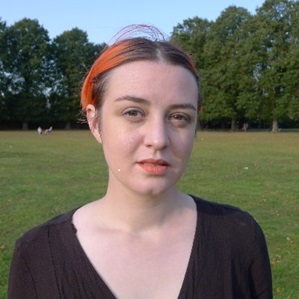 On Monday, April 4, Morgan Giles visited Western Kentucky University to speak to current Modern Languages Hilltoppers about translation and second language learning. In her talk, she explained that translation is truly an art: rather than a word-for-word translation, it is truly a form of expressing the authors’ ideas. Also, conveying the right meaning is an important part of translation. Moreover, she explained that translation requires constant revision; it is a long process in which the translator continues to perfect the work. The discussion was designed to guide students as they consider what a future career in translation may look like.

Giles, a native of Richmond, KY, graduated from Indiana University in Bloomington, Indiana in 2009 with a B.A. in Japanese Language and Culture and linguistics. However, she has had a long connection with WKU, attending the Verbally and Mathematically Precocious Youth (VAMPY) program from 2001 to 2004 which she remembers as “a vital and encouraging atmosphere.” Later, she did research concerning contemporary Japanese literature, sponsored by the Japanese Ministry of Education at Waseda University in Tokyo, Japan. Giles currently lives in London, England, and works as a translator of contemporary literature. Most recently, she won the National Book Award for Translated Literature based on her translation of the novel Tokyo Ueno Station.

During Giles’ presentation, she also commented on the process of second language learning. She explained that language learning is not a short-term goal, but rather a lifelong commitment. It is something that must be practiced regularly, and learners should be resilient when facing difficulties in their learning. Language learning is a long-term process that ends in a reward, including a career. For more information about WKU’s course offerings in Japanese, placement, department exams, scholarships, and study abroad opportunities, contact Professor Paul Collins (paul.collins@wku.edu).