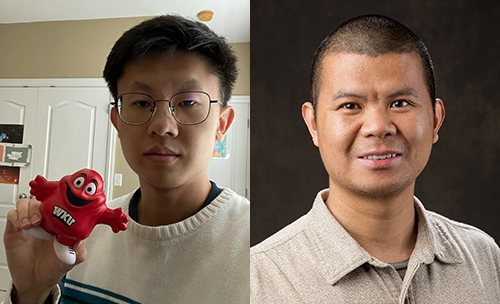 In their paper “Deep learning for video game genre classification,” graduate student Yuhang Jiang and his academic advisor Dr. Lukun Zheng describe the creation of a database consisting of 50,000 video games and using it to train an AI system to classify a video game by its cover. Their paper has resulted in news coverage from The Next Web, The Hindu and HT Tech.

The WKU researchers noted that video game covers and textual descriptions are usually the first impression to consumers. “With the growing competitiveness in the video game industry, the cover designers and typographers push the cover designs to its limit in the hope of attracting sales,” they wrote in the recently published pre-print research paper.

They proposed three deep learning approaches: one based on cover images, one based on description text, and one multi-modal model based on both cover image and description text, for the task of video game genre classification Results showed that the multi-modal framework outperformed the current state-of-the-art image-based or text-based models. They noted that additional research is needed to develop more sophisticated models.

The Next Web report noted: “Video game genre classification is a difficult problem for AI researchers. Unlike music or movies, video games contain an extra dimension of definition, that being that they are an interactive form of entertainment. The ability to accurately automate game classification could be a boon for the industry. Such a system could make it easier for players to find games they might like and for storefronts to properly organize their catalogs. But perhaps most importantly, it’s easy to imagine this classification system integrating with recommendation algorithms and other AI-based data-gathering-and-execution services.”