"They always say that college is the best 4 years of your life, and it really is true... WKU so quickly became my home.

I came to WKU because I wanted to pursue photojournalism. It’s an uncommon major, so I did a lot of research. There was just something about WKU that I really wanted to see. We took a tour in April and all the cherry blossoms had bloomed. Aside from it being beautiful and warm, we walked into Mass Media and Technology Hall  (now Jody Richards Hall) and our tour guide said “our photojournalism program has been one of the top in the country for the past 20 years!” After that, it was a no-brainer.

They always say that college is the best 4 years of your life, and it really is true. I was obviously nervous coming to WKU; it’s 18 hours away from home. But, WKU so quickly became my home. I made the greatest friends here, and all the stuff that I’ve been involved in has made this a great experience.

Being a photojournalism major is a good challenge. As one of the top programs in the country, it’s not easy. The professors do a good job of pushing you to constantly improve. They are tough sometimes, but it’s all to make you better. I look back at my work from freshman year, and I’m shocked at how much I have changed and grown since then.

I love everything about WKU! I think some of the things that helped me become comfortable here were the people and the community. I have never felt like I was one of 20,000 students. I see tons of people walking to class that I know. Even though I always have the opportunity to meet new people, I have never felt like I was just swimming in a sea of students. In the photojournalism program, even though we’re all competing against each other for jobs, we’re a family. Everyone has always been willing to help out and give feedback. During my time here, I’ve found so many great communities. That’s what I love the most.

If you’re coming to WKU as a new student, you should be open-minded and try everything. It’s easy to stay in your own little world and do what you know and what you’re used to. Branching out, trying things that are different, or following a friend to try something out will help you discover things that you never even thought existed. It will make your time at college that much more enjoyable and memorable. 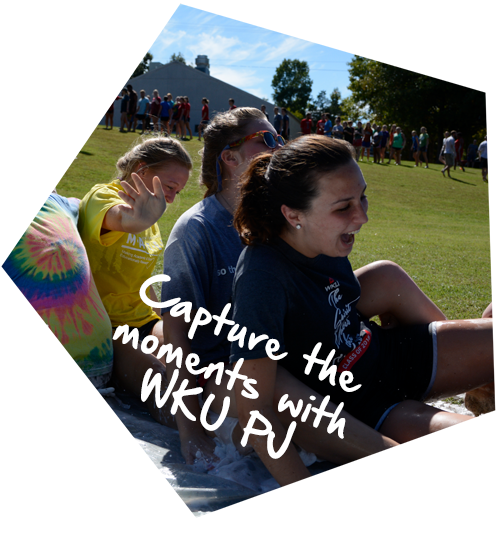