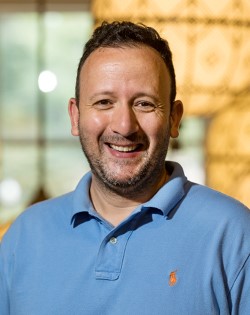 “This award really goes to my students here at WKU,” Guerwane said. “Honestly, they are the ones who push me to joyfully work harder in and outside of classes. They all want to learn as much as they can about the Arabic language and its cultures. Also, they want to be active and involved. Because of that interest, we have created many venues for them to satisfy their interests, such as the Arabic Debate Club, Arabic Club, Arabic Honors Society, and Arab Model League.”

Guerwane coaches WKU and Gatton Academy students who participate in QatarDebate competitions. This year’s team is preparing for competition next month in Chicago.

Guerwane also was among the candidates for the KWLA Outstanding Teacher of the Year Award, which was presented in September during the KWLA Fall Virtual Conference.