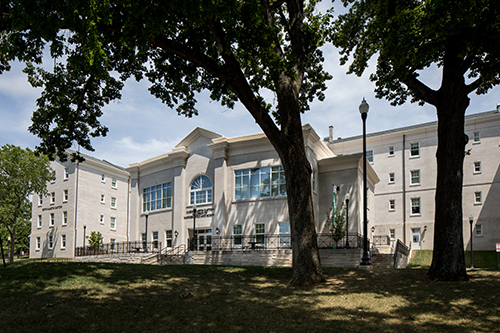 The Gatton Academy of Mathematics and Science in Kentucky recently recognized 22 educators from across the Commonwealth for their support of high ability students. The educators were recognized at the program’s May 2 Commencement in Diddle Arena.

The Gatton Academy established the Gatton Academy Educator Recognition Program in 2018 to acknowledge and celebrate the support students receive from teachers, counselors, gifted and talented specialists, and principals along their educational journeys. Educators play key roles in encouraging students to develop their strengths, explore topics of interest, and set lofty goals. Students often learn of the opportunities The Gatton Academy offers through educators who recognize their potential.

Gatton Academy graduates were invited to nominate one educator from a Kentucky school to be recognized at graduation. Selected educators received a certificate of recognition, a specific message of gratitude from their nominating student(s), and were invited to stand to be acknowledged as their names were read during The Gatton Academy commencement ceremony. The following educators were recognized by the Class of 2021.

About The Gatton Academy: Established in 2007, The Gatton Academy is Kentucky’s first residential two-year program for gifted and talented junior and seniors. The Gatton Academy’s students enroll as juniors and are full-time WKU students pursuing their interests in advanced science, technology, engineering and mathematical careers. The Gatton Academy has been named to Jay Mathews’ list of top-performing schools with elite students for eleven consecutive appearances and received the National Consortium for Secondary STEM School’s Innovation Partnership Award.