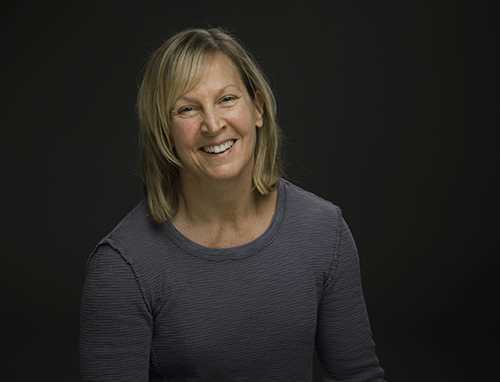 “I love the culture here and I love being part of the growth of these kids,” said Adams-Smith, who earned a bachelor’s degree in journalism and a master’s in communication from WKU. “They leave and they go do amazing things out in the world, and when they come by and say ‘thank you,’ that is the big payoff. It is probably why I still love teaching after almost 20 years.”

Adams-Smith joined the faculty in WKU’s School of Media Photojournalism program in 2002 after working as a picture editor at the Chicago Tribune and attending Ohio University as the John S. and James L. Knight Fellow.

Nearly moved to tears when notified of the honor, she said, “I can’t wait to tell my students. I love them dearly. It has been a tough year for them. It was one of my biggest motivators when I would get tired or stressed about our teaching conditions; I would just think about what they were going through. I would pull myself up and work hard for them to make their learning experience a little more fun or unique.”

The NPPA awards will be presented during a virtual ceremony at 8 p.m. ET April 21.

Dr. Elizabeth (Betsy) Shoenfelt, University Distinguished Professor Emerita in the WKU Department of Psychological Sciences, has been named a Fellow in the American Psychological Association (APA).