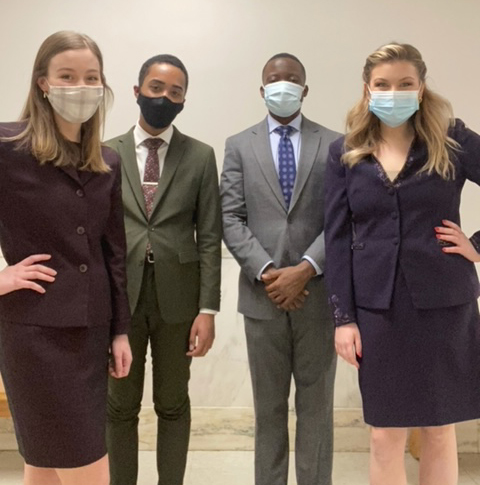 The WKU Forensics Team opened its spring semester with a strong individual performance by senior Derek Collins, who won top overall speaker at the “Hell Froze Over XXII Swing,” a virtual tournament hosted by Bradley University and the University of Texas at Austin.

Long considered a bellwether of the upcoming national events, HFO is one of the largest tournaments of the invitational season.

To win top overall speaker at the tournament, Collins was a finalist in all his events and placed in the top three in all finals, including three championships. As a team, WKU finished third at the first half of the swing and fifth at the second half.

The team will compete this weekend at the fourth and fifth iteration of the Mid-America Forensics League set of invitational tournaments hosted virtually by Northern Illinois University.

Results from HFO #1 are as follows:

Results from HFO #2 are as follows: