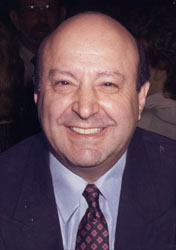 Dr. Joseph Cangemi, WKU emeritus professor of psychology, will retire after teaching at WKU in various capacities for the last 51 years.

Dr. Cangemi began his professional career in his hometown of Syracuse, New York, at Syracuse Public Schools as an English and reading instructor. It was here where he began his steady pedagogical climb. Throughout his career, Dr. Cangemi worked various instructional positions and briefly dappled in journalism as an education columnist; however, Western Kentucky University served as his final destination before retirement. ‘“I knew right away that in my first semester here, this is where I belong,”’ Dr. Cangemi said in a recent interview with WBKO.

In his departing letter to the department, Dr. Cangemi notes that he couldn’t have chosen a better home for him and his family than the last five decades he spent in Bowling Green, KY and at WKU. ‘“ I could not have been treated any better at this outstanding university during my tenure here. It was as though I was taken in part of a family, and, indeed, I was treated as such. The support from the university’s leadership and others can never be overstated or forgotten – locally, regionally, and nationally,” ’Dr. Cangemi said.

During his retirement, Dr. Cangemi plans to continue writing and editing books and articles for publication on relative topics such as higher education, leadership in business, and mental health, among others. He will also continue writing with some of his colleagues with whom he’s published before. Additionally, he plans to visit Florida with his wife during the colder months to reconnect with friends and family who live further south. CEBS wishes the very best for Dr. Cangemi and his family.