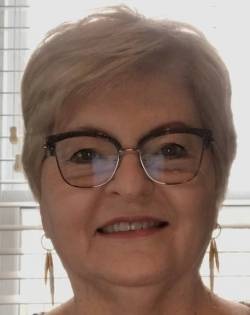 Dr. Pamela Petty of the School of Teacher Education will retire from Western Kentucky University after nearly 21 years of service.

Dr. Petty received her B.S. in Elementary Education and her MAE in Reading/Elementary Education both from Tennessee Technology University. Professionally, she taught second grade at Carthage Elementary School for six years before joining TTU as a full-time instructor in 1997. Here she taught for three years while working towards her doctorate at the University of Tennessee in Knoxville.

It was in 2000 that Dr. Petty began work at WKU with the intent to teach a literacy course for one year. At the time, Dr. Petty lived 75 miles away and commuted each day; however, even with the extended drive, the commitment to one year quickly developed into a tenure track. Dr. Petty mentions she’s never thought twice about the decision.

One of the largest undertakings Dr. Petty completed within her time at WKU was the development of the Literacy MAE alongside her colleague, Dr. Sherry Powers. Their work drew the attention of the Dollar General Literacy Foundation, and with the funds acquired from the organization, they established the WKU Center for Literacy which continues to be a resource for the WKU community and beyond. Through grant writing, Dr. Petty also drew in 5 million dollars in funding for the university over the course of several years and in collaboration with various colleagues.

Dr. Petty also mentions that the culminating event in her tenure at WKU was taking part in the creation of the Burch Institute for Transformative Practices in Higher Education. She recalls it being one of her fondest memories and mentions that working alongside two supportive colleagues, Dr. Barbara Bush and Dr. Daniel Super, made the memory that much sweeter.

Notable awards and recognitions received by Dr. Petty include the Joseph P. Cangemi Award for Excellence in Leadership in Psychology, the Million Dollar Club induction, OSP Proposals and Awards Reception, and the College of Education and Behavioral Sciences Teaching Scholar, respectively.

After retirement, Dr. Petty plans to continue her “Pandemic Pod”, established in August 2020, which will transition to a micro-school in January of 2021. Dr. Petty describes this venture as a “happily ever after” of sorts as two of the children who take part in her lessons are her grandchildren. Dr. Petty

mentions that she couldn’t be happier to provide this service and that, regardless of what the future has in store, she’ll always have the time spent with these children to hold in her heart. CEBS wishes Dr. Petty the very best during this new and exciting chapter