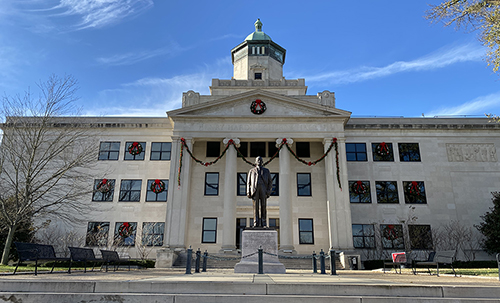 “Simply put, more students are coming to WKU because we have made it more attractive and more accessible than ever before; more students are staying and completing their degrees because we have grown and enhanced our targeted student-support structure; and more graduates are choosing to remain in Kentucky because of the growing partnerships in our 27-county service region and beyond, helping us to better tie our program offerings to tangible market needs across the state,” President Caboni said.

He added that the end of the term provides a good opportunity to reflect on the accomplishments.

“While we have celebrated these successes individually, taking them as a whole highlights WKU’s significant positive momentum,” President Caboni said. “Pausing briefly from our daily tasks to reflect on our collective efforts, I hope you recognize the significance of what you have accomplished. We continue to navigate successfully amid incredibly difficult externalities along with an increasingly complex and rapidly changing higher education landscape, all while creating a bright future for our university.”

A more comprehensive update on our strategic plan metrics can be found at https://www.wku.edu/strategicplan/.