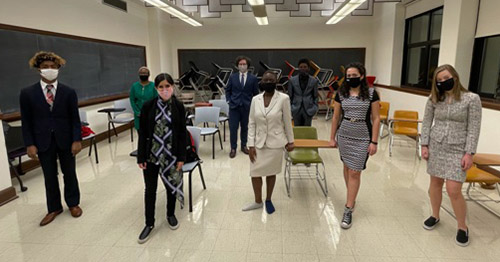 At the “Redbird,” WKU won debates against the University of Tulsa, the University of Nebraska-Lincoln, and a final-round match against Hillsdale College. In team sweepstakes, WKU finished ahead of Lafayette College and Washburn University.

WKU also placed second in team sweepstakes at the Fall District VI Qualifying Tournament for the American Forensics Association National Speech Tournament hosted virtually by the University of Florida. The tournament is an opportunity for students to place highly and receive an automatic invitation to the National Speech Tournament in April. Beyond finishing high as a team, eight freshmen on the WKU Forensics Team qualified events to the national tournament.

The team will take a break to focus on the end of the academic semester and the Thanksgiving holiday.

Results from the Redbird are as follows:

Results from the District VI Qualifier are as follows: