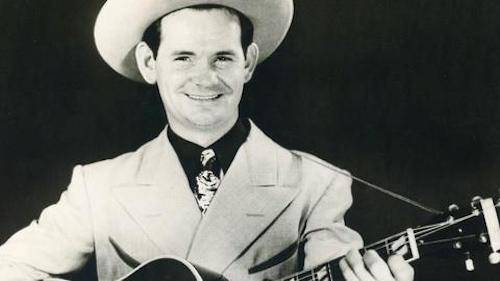 Folk Studies MA alumna (2005) Emily Hudson Mitchell is associate producer on the new documentary "Hank Locklin: Country Music's Timeless Tenor," premiering on WRSE (a PBS member station) on October 29th with broadcasts to follow on stations covering nearly half of PBS' coverage area in the U.S. Locklin is known for such hits as "Please Help Me, I’m Falling," "Send Me the Pillow You Dream On," and "By the Grace of God."

Emily Hudson Mitchell has a background in country music, and when she was a graduate student at WKU she wrote a seminar paper about rhinestone suits for her Folk Art class (taught by Michael Ann Williams, University Distinguished Professor of Folk Studies, Emeritus). She went on to present an extended version of this research on the genre's visual aesthetics at the International Country Music Conference held annually at Belmont University.

Mitchell has maintained this passion and interest over the years while interning at the Country Music Hall of Fame as a graduate student, raising her family, and eventually moving back home to northwest Florida. She shares these ties to Florida with the Locklin family; she is a close friend of Locklin's son Hank Adam, who played an important role in the development of the film about his father, and who himself appears extensively in the film. Mitchell had the opportunity to meet the senior Locklin during his lifetime as well. She writes that working on this documentary was "a dream come true"—giving her the chance to interview, among other country music greats, Dolly Parton. The film will air on Nashville Public Television on November 12, to commemorate the 60th anniversary of Hank Locklin’s induction into the Grand Ole Opry; see local PBS listings for other broadcast times in the coming weeks.