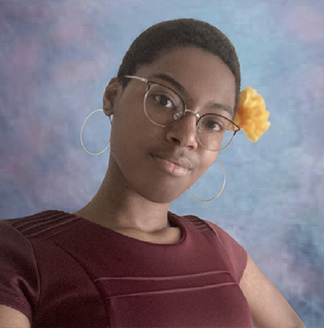 Founded in 2015, the Breakthrough Junior Challenges aims to develop and demonstrate young people’s knowledge of science and scientific principles, generate excitement in these fields, support STEM career choices, and engage the imagination and interest of the public in key concepts of fundamental science. Students age 13 to 18 globally enter after creating original three-minute videos bringing to life a concept or theory in the life sciences, physics, or mathematics.

Submissions were initially evaluated in late summer by a panel of Breakthrough Junior Challenge reviewers on students’ ability to communicate complex scientific ideas in engaging, illuminating, and imaginative ways.

“I consider my creativity as central to my identity,” Unseld said. “Aside from enjoying math and science on a conceptual level, what drew me to this competition was the idea of not only sharing, but teaching, concepts that I enjoy free of boundaries.”

In September, Unseld’s video advanced to the Popular Vote stage and was viewed by individuals around the world.

The global 15 finalists who emerged from the Popular Vote hail from seven nations. The winner will be announced this November and receives a prize of $400,000.

The Breakthrough Junior Challenge is partnered with worldwide agencies such as Khan Academy, National Geographic, and the Cold Spring Harbor Laboratory.

“The sponsors behind the Breakthrough Junior Challenge sit in the heart of the scientific community,” Unseld said. “These internationally-renowned awards belong to the best and brightest scientific minds globally. I would be beyond honored to have a place in this community.”

About The Gatton Academy: Established in 2007, The Gatton Academy is Kentucky’s first two-year residential STEM program for gifted and talented junior and seniors. Gatton Academy students enroll as juniors and are full-time WKU students while pursuing their interests in advanced science, technology, engineering, and mathematical careers. The Gatton Academy has been named to The Washington Post’s list of top-performing schools with elite students for nine consecutive years.