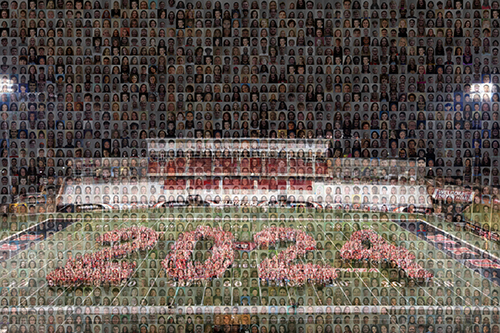 WKU has set a record in the growth of its freshman class and in the quality of students in that class, according to preliminary enrollment data released to the Kentucky Council on Postsecondary Education.

WKU’s freshman class grew by 16.4 percent over fall 2019. The 446-student increase is the largest in more than 30 years. And the average grade-point average of that class is 3.44, the highest on record.

“These are tremendous numbers in normal times, but especially during a pandemic,” WKU President Timothy C. Caboni said. “This shows that the demand for the WKU experience is there, and the bold changes we made last year in our scholarship program is creating opportunity for more students to afford that experience.”

The class of 2024 also includes the highest number of underrepresented minority (URM) students ever at 690 and an increase of 413 students from Kentucky over fall 2019.

WKU is on track to set records in graduation rates. While the rates will not be final until summer degrees are confirmed in October, WKU’s current rate is already at a historic high of 55.1 percent.

WKU awarded a record 3,042 baccalaureate degrees during the 2019-20 academic year.