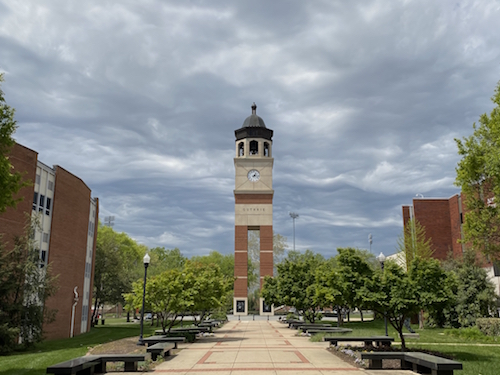 WKU has maintained a STARS Silver rating in recognition of its sustainability achievements from the Association for the Advancement of Sustainability in Higher Education (AASHE).

STARS, the Sustainability Tracking, Assessment & Rating System, measures and encourages sustainability in all aspects of higher education. WKU’s STARS report is available on the STARS website at https://reports.aashe.org/institutions/western-kentucky-university-ky/report/2020-03-05/

With more than 900 participants in 40 countries, AASHE’s STARS program is the most widely recognized framework in the world for publicly reporting comprehensive information related to a college or university’s sustainability performance. Participants report achievements in five overall areas: 1) academics 2) engagement, 3) operations, 4) planning and administration, and 5) innovation and leadership.

WKU saw substantial growth in points awarded in the Academics and Engagement categories from the 2017 to 2020 reports.

In addition to the AASHE STARS ranking, WKU has earned national recognition and certifications in recent years as part of Tree Campus USA, U.S. Department of Education Green Ribbon Schools and more. Earlier this year, WKU’s Fresh Food Company became the first restaurant in Bowling Green, and the first restaurant on a Kentucky college campus, to earn Green Restaurant Certification from the Green Restaurant Association. In 2019, WKU was recognized internationally as the 284th World's Most Sustainable University in the University of Indonesia Green Metric World University Rankings.

Unlike other rating or ranking systems, this program is open to all institutions of higher education, and the criteria that determine a STARS rating are transparent and accessible to anyone. Because STARS is a program based on credits earned, it allows for both internal comparisons as well as comparisons with similar institutions.