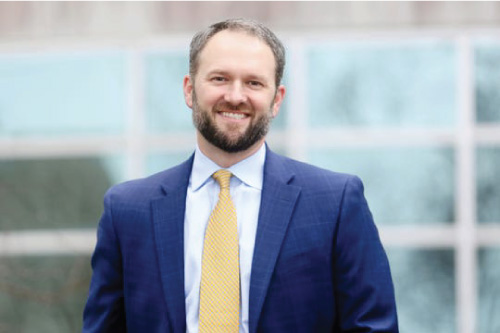 Boyd, who currently serves as chief operating officer of TriStar Skyline Medical Center in Nashville, is switching TriStar hospitals with former Horizon CEO Dustin Greene, who recently took over as CEO at Skyline.

“I am honored to join the TriStar Horizon family,” said Boyd. “I look forward to working with the excellent physicians and staff to continue enhancing access to quality, compassionate care close to home for the patients and communities we serve.”

Boyd will now be responsible for operations at the 157-bed Dickson hospital as well as the 68-acre TriStar Natchez satellite campus in south Dickson County, near Interstate 40. Natchez provides emergency services, outpatient imaging and cancer care.

“Jason’s commitment to high-quality patient care, combined with his considerable operational experience, make him an ideal fit for this role,” said Heather J. Rohan, president of TriStar Health, in a press release. “I am confident that his leadership will continue to elevate TriStar Horizon in providing exceptional healthcare to the community of Dickson.”

For the past five years, Boyd has served as COO at TriStar Skyline Medical Center, where he was responsible for the facilitation and management of construction and renovation projects, including a new ER entrance/low acuity space, medical ICU, neuro ICU, and med/surg unit, according to the press release.

Boyd also played a role in the successful Level II trauma services survey conducted by the American College of Surgeons, the release states.

Prior to joining TriStar Skyline, Boyd was the interim CEO of the Metropolitan Nashville Hospital Authority, COO of Nashville General Hospital and COO at Magnolia Regional Health Center in Corinth, Mississippi.

Boyd earned his bachelor’s degree in health care administration from Western Kentucky University and his MBA from University of North Alabama. He serves in a number of leadership roles and on not-for-profit boards.