Kentucky Mesonet at WKU to add station in Wayne County 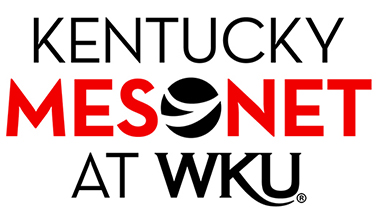 The Kentucky Mesonet at WKU has reached an agreement to install a station that will become a vital local source of weather and climate data in Wayne County.

The site is located on private property near Monticello. Site hosts Calvin and Kelly McFarland said: “We are definitely excited to offer the space for a Kentucky Mesonet station, providing a much needed way to gather local weather information to help keep Wayne Countians and our neighbors safe.”

The site is well-positioned relative to the population center of the county on land that is broadly representative of the area. “We are always pleased when we can find local residents who are civic minded and have a long-term commitment to their property and to their community,” said State Climatologist Stuart Foster, director of the Kentucky Mesonet at WKU and the Kentucky Climate Center.

The Mesonet will provide half of the funding to install the station while Wayne County Fiscal Court will provide the other half as well as annual funding for site maintenance.

Dr. Foster worked with Anderson and county emergency manager Sherwin “Bubby” Corder to identify a site. “There was a broad base of interest and support in the community to bring a Mesonet station to Wayne County,” Dr. Foster said.

Anderson agreed. “Our radio stations have been and continue to be very supportive and the farming community is looking forward to this valuable tool as expressed by Dan Vickery during our Fiscal Court meeting February 13,” he said. “Mr. Vickery pretty much assured the Fiscal Court that he could raise funds to help support the Mesonet on a yearly basis. We have a tremendous farming community here in Wayne County and everyone is looking forward to this technology. Thanks to our EMS, WKU, our land owner and all involved in making this happen.”

The Mesonet stations collect real-time data on temperature, precipitation, humidity, barometric pressure, solar radiation, wind speed and direction, soil moisture and soil temperature and transmit it to the Kentucky Mesonet at WKU Operations Center (housed at WKU’s Center for Research and Development) every five minutes, 24 hours per day, throughout the year. The data is available online at www.kymesonet.org.

The station also will have a field camera to collect images of landscape and weather conditions.

Data will be sent to the National Weather Service forecast office in Jackson, which includes Wayne County as the westernmost county in its weather warning area.

“Kentucky Mesonet data is a valuable component of our severe weather operations and directly supports the National Weather Service mission of protecting lives and property. We value our relationship with the Kentucky Mesonet and have come to rely on their information year-round for both current weather and climate applications within the areas of eastern Kentucky that the National Weather Service office in Jackson serves,” said Ed Ray, meteorologist-in-charge at the Jackson office.

The Kentucky Mesonet at WKU is the Commonwealth’s official source for weather and climate data. The first station was installed at the WKU Farm in May 2007. By the end of 2020, the Mesonet expects to have at least 75 stations operating, covering well over half of Kentucky’s counties.

“The Kentucky Mesonet is built upon local partnerships, establishing relationships between WKU and local officials, while providing data for various state and federal agencies that help to enhance the quality of life in our local communities,” Dr. Foster said.

After a year without the parade, Big Red’s Roar or the Festival of Friends, WKU Homecoming is back and better than ever. WKU’s Amy Bingham has more on this year’s theme, “Wild, Wild Western” in this week’s View from the Hill.

Dr. Inmaculada Pertusa, a professor of Spanish and Literature at WKU, invited Dr. Elena Madrigal to engage students through a Zoom presentation about Torri. Dr. Madrigal is a principal researcher of Julio Torri from a literary and academic standpoint and

On November 21, 2021, WKU students had the opportunity to take a “trip around the world” without leaving the third floor of the WKU Honors College and International Center (HCIC) where Ekaterina Myakshina, professor of Russian, holds her classes.

Dr. Inmaculada Pertusa, a professor of Spanish and Literature at WKU, invited Dr. Elena Madrigal to engage students through a Zoom presentation about Torri. Dr. Madrigal is a principal researcher of Julio Torri from a literary and academic standpoint and

On November 21, 2021, WKU students had the opportunity to take a “trip around the world” without leaving the third floor of the WKU Honors College and International Center (HCIC) where Ekaterina Myakshina, professor of Russian, holds her classes.

The School of Media and the Photojournalism program will host an opening reception Saturday (Oct. 30) for "March to March: A Year of Unrest, Uncertainty and Unknowns."