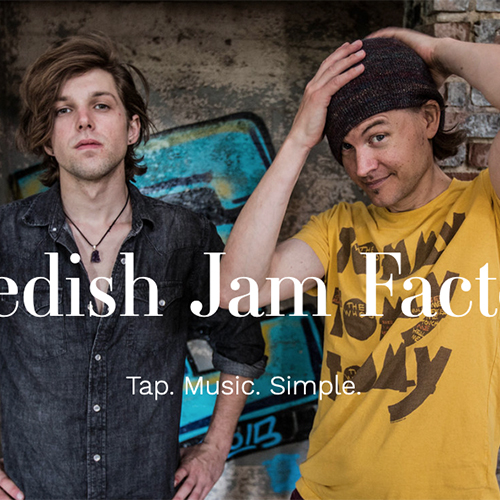 Swedish Jam Factory is a Swedish-American musical performance act that specializes in tap dancing while playing music. The group is comprised of Thomas Bergstig, from Stockholm Sweden, and WKU alum Isaac Middleton from Harlan, Kentucky.

The act was formed in Memphis, Tennessee in 2016, where the two met while working at Playhouse on the Square, a regional theatre in Midtown, Memphis. Between rehearsals, they formed a few numbers, which they eventually took to Sweden’s Got Talent in 2017, in which they qualified for the semifinals. They went on to collaborate with Swedish pop artists Smith & Thell on their single “Forgive Me Friend,” which reached number 1 on Swedish charts.

The event is free to both students and the public.

Western Kentucky University’s Cultural Enhancement Series is committed to providing the campus and community with the opportunity to interact with some of the nation’s leading artists and scholars. For more information about the series and season events follow @wkuces on Facebook or visit www.wku.edu/go/ces.