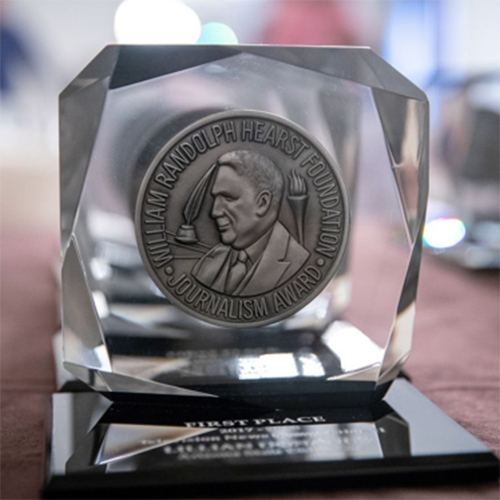 San Francisco – Announcing the winners in the Multimedia One - Narrative Video Storytelling Competition of the 2019-2020 Hearst Journalism Awards Program.   There were 88 entries from 54 schools submitted in the first multimedia competition of the year.

First Place has been awarded to Jiakai Lou, a senior from University of Montana.  Jiakai will receive a $3,000 scholarship for the winning multimedia piece titled 32 Below from The Montana Kaimin.  Jiakai also qualifies to participate in the National Multimedia Championship which will be held in Houston, Texas this June, 2020.

The Journalism Awards Program, now in its 60th year, added multimedia to the competitions in 2010.  The program also includes five writing, one radio, two television, and two photojournalism competitions offering up to $700,000 in scholarships, matching grants and stipends.  104 member universities of the Association of Schools of Journalism and Mass Communication with accredited undergraduate journalism programs are eligible to participate in the Hearst competitions.