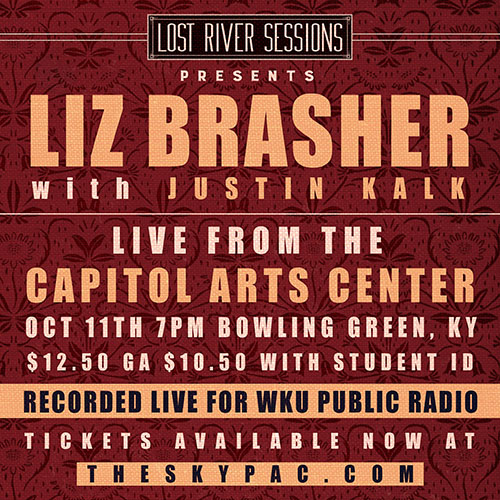 The next Lost River Sessions LIVE! concert will begin at 7 p.m. Oct. 11 at the Capitol Arts Center. Featured artists include Memphis-phenom Liz Brasher and special guest Justin Kalk. Lobby doors open at 6 p.m.; tickets are $12.50 general admission and $10.50 for students.

Liz Brasher makes her own kind of southern music — one that's caught halfway between the garage, the church, the bar and the bedroom. She's a soul singer. A guitar-playing rocker. A one-woman girl group. A gospel revivalist who sings the praises of secular bands like the Box Tops. It's a diverse sound rooted in the influence of Brasher's two homes: her adopted hometown of Memphis, where she recorded her debut LP, Painted Image; and her childhood stomping grounds in rural North Carolina, where she was raised in a musical, multi-ethnic household.