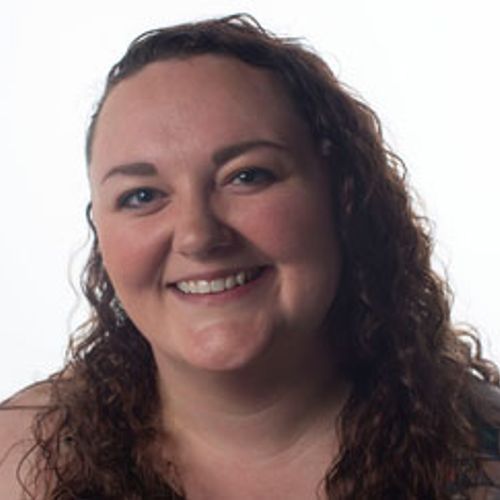 The UFVA Conference is comprised of faculty and graduate students from all across the country, and selected attendees present their work to an audience for peer review. Works submitted to peer review include screenplays, experimental films, narrative films, documentaries, papers, and new media. Folk’s pilot script was chosen for the competition and workshop, giving Folk the chance to travel to Augsburg University in Minneapolis, Minnesota for the conference. “It’s a great place to present your script to others who are also doing this type of work and simultaneously teaching students,” said Folk. “The balance between creative output and teaching can be a difficult one, so attending UFVA and spending time amongst professionals with similar experiences is energizing.”

‘Til Death is centered on Sydney and Jenn, a married couple struggling with relationship tension and problems in their everyday lives. Sydney is experiencing postpartum depression, and her wife Jenn is working long hours at her law firm on a case that could have dire consequences. “There’s a lot of darkness in the show,” stated Folk. “It’s about relationships, how far love can be pushed before it breaks, what it means to be a parent, and so on. There are definitely heavy themes of betrayal and a general lack of trust that run throughout the narrative. None of the characters are perfect people. They’re all horribly flawed and attempting to get by, while holding onto (and sometimes ruining) one another along the way.”

‘Til Death also offers a non-traditional but much-needed look into the lives of its diverse cast, reflecting real life as well as real problems. “I wanted to see stories of queer women living life where their queerness was secondary. The conflict of this show is not that these women are queer, it’s that they have problems in their relationship and problems at work as well – just like anyone else, but more ramped up because it’s television. I also didn’t want to write a show full of characters who were white. Individuals of many races are present in this script and that’s the way I think television should be – it should reflect the world that we live in.”

Folk began writing the pilot script while attending Chapman University’s MFA in Screenwriting Program, but had to discontinue writing at the time. Over the next few years, the script was written and revised when possible. “It’s definitely a passion project of mine,” said Folk. “Sometimes I felt too close to the material, so I would have to set it aside and go back to it later. Collectively, it’s been a multi-year process, but I probably only spent a few months actually writing and revising the script.”

Folk knew from the beginning of the writing process that she wanted ‘Til Death to be an hour long pilot and was surprised when the UFVA placed the script in the half-hour category, due to ‘Til Death running just shy of the sixy-page minimum for hour-long pilots. Folk was also surprised when ’Til Death won an award after reading other scripts submitted to the conference. “It was definitely an exciting experience to see how everyone else’s scripts were written and where I fell in the scheme of things. Honestly, after reading some scripts for peer review, I didn’t expect to get anything at the conference awards. When they called my name for the honorable mention in my category, I thought I’d heard them wrong. It was a pleasant surprise!”

Last spring, Folk taught a special topics in scriptwriting course in the WKU English program focusing on TV drama writing. Folk saw a need for television script writing in the department’s curriculum. “TV is where the majority of screenwriting jobs are these days, so providing the skills to go into television specifically is a great move for our students. This way, they gain some really marketable skills that they can take out to LA, NY, Chicago, or even Atlanta.” Folk will be teaching the course again in the spring of 2020, with a focus on comedy TV scriptwriting.

Professor Folk also offered advice to students interested in screenwriting. “The first thing would be to make sure you have a story to tell. You need something to say – to have a point of view on the world. I sat down to write ‘Til Death because it is the kind of story I wish existed on TV when I was younger. That’s what I would say – write what you wish you could see in the movie theater or on TV. Another thing I’d suggest would be to read scripts and watch successful shows and movies. It’s important to study how professionals construct the thing you’re trying to create. Let the professionals show you how it’s done and then try to emulate their techniques as you hone your own voice over time. And be patient – no one became the world’s best screenwriter overnight. “