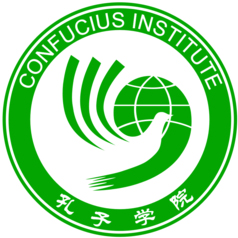 Simpson County Schools have taken over the Confucius Institute that was formerly located at WKU.

WKU officially notified its partners on April 22 that the University had ended its agreement with the Confucius Institute Headquarters to operate the CI at WKU.  In that announcement, WKU President Timothy C. Caboni stated, “though activities will phase out…. we will continue our dialogue with key partners to work a solutions that allows WKU to continue our programming.”

On Friday, Simpson County Schools signed a contract with the Hanban/Confucius Institute Headquarters to take over the CI at WKU program.

“When the decision to end the CI at WKU was announced, my heart sank,” Terrill Martin, interim director of the CI at WKU, said.  “I alerted the various schools and districts of the decision, but assured them that we would work hard to find a new host institution.”

While it took two months to find a new partner, “I feel that Simpson County Schools is the perfect partner,” Martin said.  “Simpson County was one of the first school districts to partner with the CI at WKU, back in 2010.  They have a teacher in each of their schools in the county, and even purchased the Beasley House, which is committed to international education.”

Many of the schools associated with the previous CI at WKU will continue their partnership with the new entity.

The new entity will operate under the name of the Confucius Institute at Western Kentucky, dropping the “University” from the name.  “There is name value keeping the western Kentucky in the name,” Martin said.

“I have been appointed Director of the program to lead the program into is next phase,” Martin said.

“Simpson County Schools is excited to be able to continue to offer Chinese to our students,” Tim Schlosser, the new Superintendent of Simpson County Schools, said. “SCS have partnered with the Confucius Institute for the past nine years to bring Chinese language and culture to our district.  It is a good opportunity for our students to learn about other parts of the world.”

About the Simpson County Board of Education: The Simpson County Schools, located in Franklin in South Central Kentucky, is the 59th largest of Kentucky’s 168 school districts.  Their vision is “To be a world-class educational system empowering all students to graduate LIFE_READY1!” They are the new host institution for the Confucius Institute at Western Kentucky, which is committed to providing Chinese language instruction throughout the state of Kentucky.  For more information, please contact Tim Schlosser at (270) 586-8877.