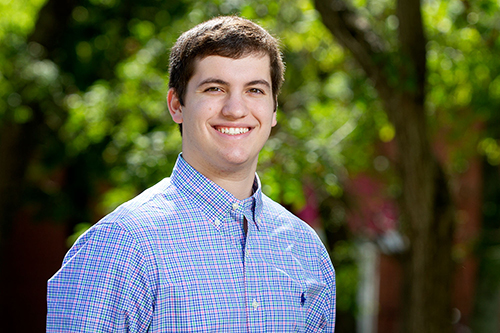 Devin joins a list of 620 other seniors from across the United States who were named semifinalists for the 2019 U.S. Presidential Scholar competition.

"I am extremely honored to be selected as a semifinalist for the US Presidential Scholars Program,” said Davis.  “I am grateful for the opportunities provided to me by The Gatton Academy and the foundation it has established for me as I move forward to the next chapter of my academic career. I am very thankful for the support I have received from my parents, mentors, and the Gatton staff."

From the nearly 3.6 million graduating high school seniors, more than 5,200 students were identified as candidates in the program. Each year, more than 4,000 candidates are identified for the component of the program that focuses on academic achievement and based on having scored exceptionally well on the SAT or the ACT.  Eligible students are U.S. citizens and legal permanent U.S. residents who will graduate or receive their high school diploma between January and August of the current program year and have taken the ACT or SAT assessment on or before October of the previous year.

“Devin is a wonderful representative of Kentucky and The Gatton Academy.  He is hardworking, intelligent, and unassuming,” states Director of The Gatton Academy Dr. Lynette Breedlove.  “He actively contributes to his community and is a quiet leader.  We look forward to seeing his next steps as he pursues his infinite possibilities.”

The WKU Board of Regents approved an addendum to President Timothy C. Caboni’s employment contract that includes retention and performance-based bonuses, a deferred compensation plan, separation payments and an increase to his base salary.

On Thursday (March 4), the State Climate Office for Kentucky, a division of the Kentucky Climate Center at WKU, hosted its Kentucky Monthly Climate Perspective on Drought and Hydrologic Conditions webinar.