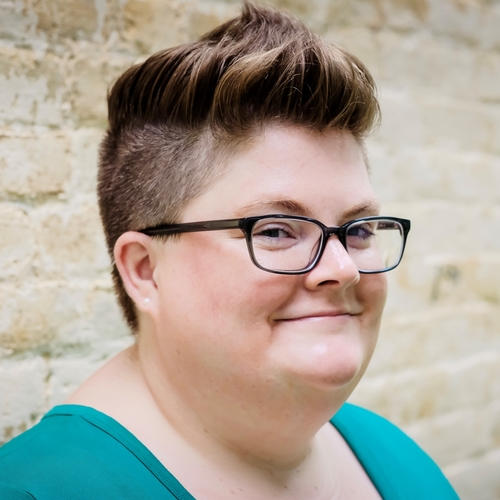 WKU’s English Club and the English Department will hold this year’s annual Goldenrod Poetry Festival on Thursday, April 11th at 6:30 PM in Cherry Hall 125. This year, WKU graduate Savannah Sipple will serve as the guest poet. Savannah graduated from WKU’s creative writing program in 2006 before also earning her MFA from Spalding University. Her first book, WWJD and Other Poems, was published in March of this year by Sibling Rivalry Press.

Each year, students are encouraged to submit their original works of poetry to participate in the Goldenrod Poetry Festival. The top five to ten finalists participate in a private writing workshop with the guest poet who reads during the poetry festival. When asked about how she felt about returning to WKU’s campus as this year’s guest poet, Savannah expressed her excitement.

“Honestly, I feel a little old, but otherwise I'm thrilled,” says Savannah. “My years at WKU were so formative for my young writer self, so it's a privilege to come back and share my work. I'm excited to meet the students and talk about writing with them.”

Dr. Tom Hunley, a creative writing professor at WKU and faculty sponsor of the English Club, remembers having Savannah in class while she was here at WKU. When it came to choosing the guest poet for this year’s festival, Dr. Hunley was eager to include Savannah in the discussion. He says that the members of the English Club found Savannah’s poems about growing up queer in Appalachia more relatable than the poems of the other nominees.

“It's no wonder that Savannah's poems speak to WKU students, as Savannah is a product of WKU's creative writing program,” says Dr. Hunley. “She was my student during my second semester at WKU in 2004, and I'm very proud of the person and poet that she has become.”

The Goldenrod Poetry Festival holds a lot of significance to the WKU English Department and to the WKU community as a whole. Dr. Gillian Knoll, English professor and faculty sponsor of the English Club, says it best:

“I think Goldenrod has always been so important because of how student-centered it is,” Dr. Knoll explains. “The students in the English Club are the ones who organize it. They invite the guest poet, judge the poem submissions, select the top ten finalists, etc. Goldenrod is really a celebration of our students' creativity. Friends, family, classmates, and professors all come out to support them and celebrate their work. Goldenrod is a contest but it's also a festival - it's festive! I think that's what gives this event the energy and excitement it's always generated.”