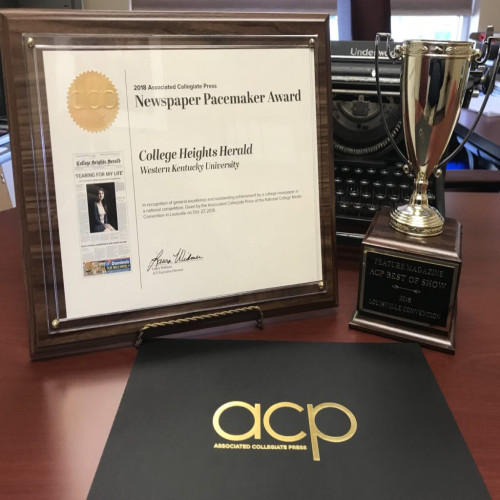 The Herald won a 2018 Newspaper Pacemaker, the second year in a row the Herald has won the award, and Talisman magazine placed first in the ACP Best of Show competition for collegiate feature magazines.