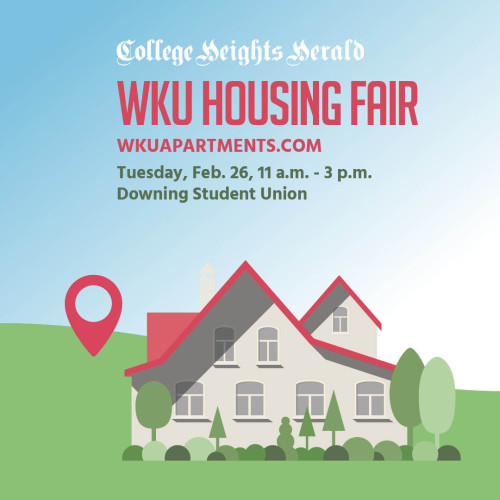 Students attending the WKU Housing Fair will be given a Herald Housing Passport that can be punched at vendors’ tables. Those who gather at least four check-ins and return their Passport will be eligible for a variety of prizes to be drawn at the end of the event, including gift cards and a 40-inch smart TV.