WKU T/TAS Reacts to the Death of The Father of Head Start, Dr. Edward Zigler 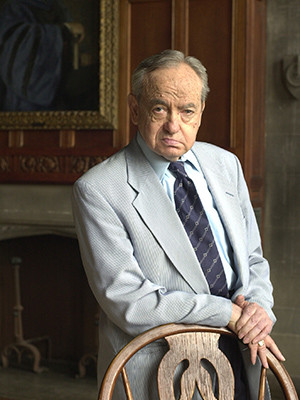 Edward F. Zigler, widely regarded as the “Father of Head Start,” died in his sleep on Thursday, February 8, 2019 at his home in North Haven, Connecticut. Dr. Zigler was 88 years old.

Dr. Zigler earned his Ph.D. in clinical psychology from University of Texas at Austin in 1958, and joined the psychology department of Yale University in 1959.  From his scholarly work and research to his public policy and national projects, Zigler focused on generating momentum toward establishing universal early childhood education programs.

The family announced his death through an article in the Yale News.  This video interview published by YaleCampus in 2015 celebrates with Dr. Zigler as he reflects on 50 years of Head Start.

WKU Training and Technical Assistance Services Executive Director J. Christopher Watkins reflects, “As one of the original architects of the Head Start program, Dr. Zigler and his ‘whole child approach’ gave all of us in this field of study and service a vision that truly bordered on precognition.” Watkins goes on to say that Zigler’s passion for his life’s work was fueled by his own self-proclaimed status as “an original Head Starter.” Zigler, born in Kansas City, Missouri was the son of immigrants who attended a “settlement house” program in Kansas City where, among other things, the family learned English and received health care and social services. He went on to become the first in his family to attend college. Watkins says today many Head Start children and families have the same beginnings, and through the dedication of Head Start professionals, these families and children can reasonably expect to achieve personal and professional excellence.