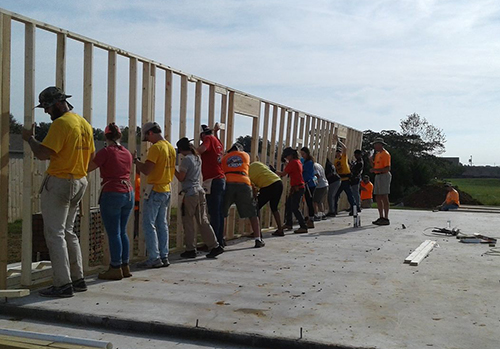 Members of the WKU Habitat for Humanity Campus Chapter will be spending the first week of their winter break in Oklahoma City, Oklahoma.

The WKU group will be working Dec. 15-22 on new construction and renovation projects with Central Oklahoma Habitat for Humanity as part of Habitat’s efforts to eliminate substandard housing. The group also will visit the Oklahoma City National Memorial and Museum.