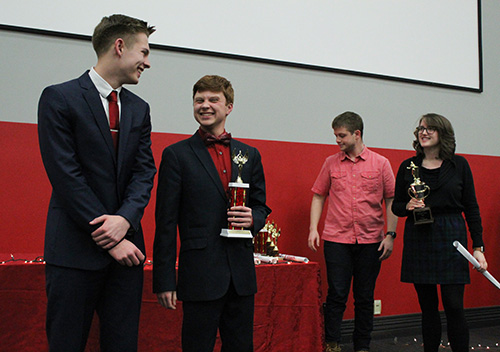 The tournament routinely includes nationally top-ranked competitors, making it a sort of national tournament for most of its attendants. This is why the WKU Forensics Team also hosts tryouts for its own team the day before competition.

On February 25, the Kentucky Museum opened Gazing Deeply: The Art and Science of Mammoth Cave, an exhibition that showcases how WKU’s backyard—the unique landscape of Mammoth Cave—is being studied, interpreted, and inspiring action on environmental change

The WKU Forensics Team won the 2020 Kentucky Forensic Association State Tournament on Saturday (Feb. 22) at the University of Pikeville.

Kentucky Mesonet at WKU to add station in Wayne County

The Kentucky Mesonet at WKU has reached an agreement to install a station that will become a vital local source of weather and climate data in Wayne County.