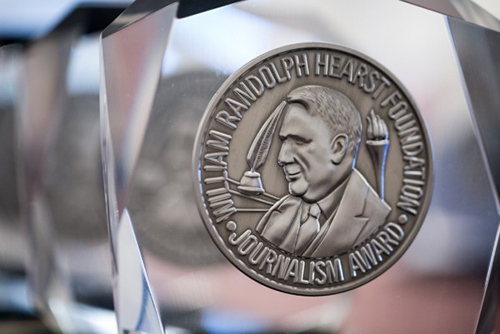 Srijita Chattopadhyay, a senior from India, was one of five national multimedia finalists and received a $1,500 award.

WKU won its fourth overall national championship, often called “The Pulitzers of college journalism,” in the 2017-18 Hearst Journalism Awards Program. WKU also won the multimedia title for the seventh straight year and the photojournalism title for the 24th time in the past 29 years and finished fifth in the writing competition.

During the Hearst program’s awards ceremony on June 5, WKU’s School of Journalism & Broadcasting received a $25,000 award for the overall championship and $10,000 awards for the multimedia and photojournalism championships.