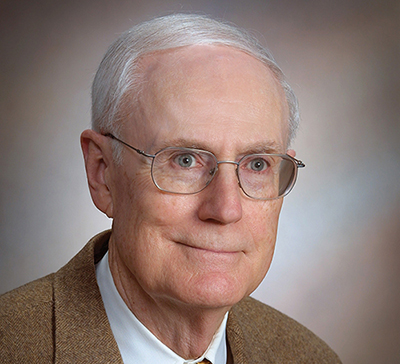 The Jerry E. Baker Foundation, established through the estate of Jerry E. Baker, a generous longtime supporter of WKU, has pledged a $10 million endowment for student scholarships.

Annual investment earnings from the endowment will be gifted to the University to enhance the Jerry E. Baker Student Scholarship Fund, which was initially created through a direct bequest by Baker. The scholarship fund provides support for students pursuing a major or minor in music, dance, theatre, art or horticulture, and available scholarship funds are divided among the five programs.

The University expects to receive $450,000 from the Baker Foundation in the first year of the agreement. Combined with Baker’s previous support for scholarships, the Jerry E. Baker Student Scholarship Fund will annually award around $500,000 in scholarships to WKU students.

“Mr. Baker’s clear and powerful vision paves the way for future scholars. WKU commits to continuing his legacy of supporting student scholarships,” said WKU President Timothy C. Caboni. “This enhancement of the Jerry E. Baker Scholarship Fund is part of the original gift announced in 2006. Upon the realization of his estate, the scholarship funds will soon be available to generously support our students. His philanthropic spirit endures at WKU and stands as an example to others.”

Announced in 2006, Baker’s estate plans offered the University the choice of management of Baker’s residence, the Baker Arboretum and the Downing Museum or a $10 million endowment for student scholarships. After careful consideration, University officials and Baker Foundation leadership have elected for WKU to utilize the scholarship endowment and for management of the properties to remain with the Baker Foundation.

“Mr. Baker’s goals will be reached through his support of applied educational opportunities for WKU students and faculty through the Baker Arboretum and Downing Museum,” said John Paul Blair, WKU’s Interim Vice President for Philanthropy & Alumni Engagement. “WKU is excited to administer this support and to remain in strong partnership with the Baker Foundation as they continue their exceptional management of the property.”

“The Baker Foundation values its relationship with WKU,” said Bob Hilliard, President of the Baker Foundation. “In addition to the scholarship support, we are pleased to continue to work closely with the University in programming and in continuing to utilize WKU students as interns both in the Baker Arboretum and the Downing Museum.”

“Jerry Baker was a true gentleman who serves as an inspiration to all,” said Keith Carwell, Executive Director of the Baker Foundation. “His life demonstrates that through education and dedication you can attain true success while remaining humble, kind and caring.”

“Through Mr. Baker’s lifetime of philanthropy and thoughtful estate planning, WKU students studying the disciplines he most enjoyed will benefit in perpetuity,” said Blair. “The entire WKU community is grateful.”