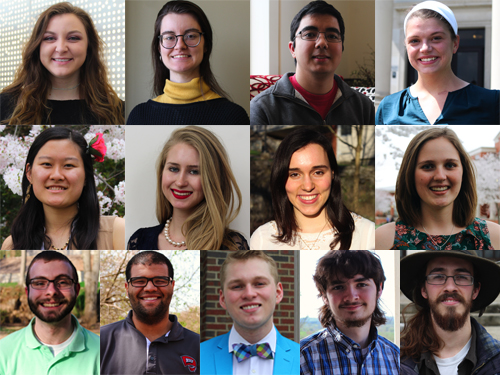 A record eleven WKU students have been awarded U.S. Department of State Critical Language Scholarships that fully fund summer study in intensive language programs abroad. Two others have been named alternates and may be upgraded as additional funding becomes available. Several WKU students have been awarded Critical Language Scholarships every year since 2011, this year’s performance nearly doubles the previous record of six awardees in 2014.

Students sought guidance from Dr. Grimsley-Smith in the Office of Scholar Development in preparing their Critical Language Scholarship applications.

The Critical Language Scholarship Program is part of a U.S. government effort to dramatically expand the number of Americans studying and mastering critical foreign languages. Students of diverse disciplines and majors at undergraduate and graduate levels are encouraged to apply. Participants are expected to continue their language study beyond the scholarship period, and later apply their critical language skills in their future professional careers.