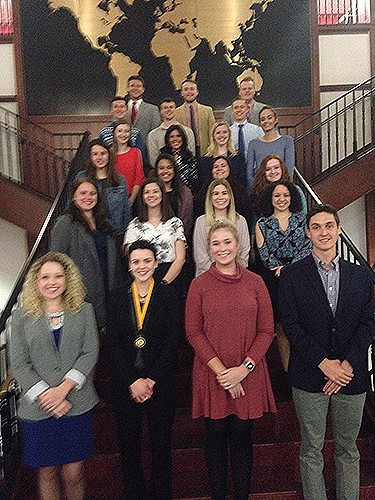 The oldest and largest freshman honor society, Phi Eta Sigma encourages and rewards academic excellence among freshmen in institutions of higher learning. To be eligible for membership, full-time freshmen must earn a cumulative grade point average of 3.5 in at least one semester and rank in the upper 20 percent of their class.

Induction into the Society is an outward recognition of academic accomplishment and serves as an incentive for continued high scholarship. Induction confers lifetime membership.