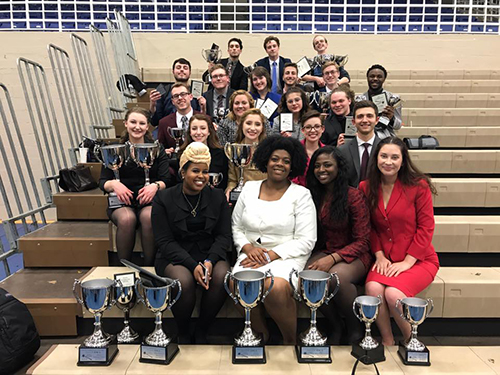 WKU was crowned the team sweepstakes national champions in both individual events and overall, for both speech and debate, and won 10th in debate team sweepstakes. In all, the team won seven individual national championships and closed out the final round of Lincoln-Douglas debate for the second consecutive year. Additionally, two students placed in the top 10 in pentathalon, a measure of personal success across at least five events.

Hosted this year at Tennessee State University, Pi Kappa Delta is the oldest forensic organization in the nation, and this year hosted 82 schools from 25 states, with a total of 2,013 event entries. Other competing schools included Northwestern University, Ball State University and the University of Kentucky. This is the first time that WKU has attempted to compete at PKD in full force since the team won the overall award in 2004.

In two weeks the team will travel to Colorado Springs, Colorado, to regain the national championship at the American Forensic Association National Individual Events Tournament. Two weeks after that, they will close out the season in Oshkosh, Wisconsin, at the National Forensic Association’s national tournament.