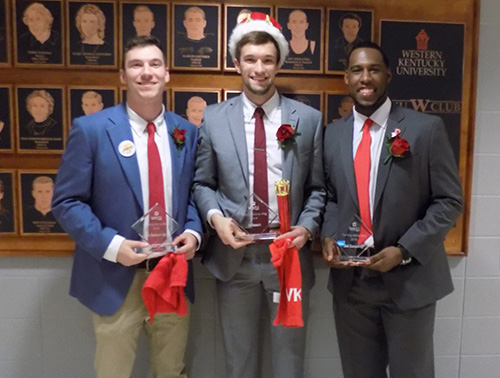 Kuhl, the son of Tony Kuhl and Teresa Hulette, was crowned at halftime of Hilltopper Basketball’s victory against Charlotte. He is an International Business major and was sponsored by Alpha Delta Pi and Pi Kappa Alpha.

First runner-up was Nathan Roush of Louisville, the son of Jim and Anita Roush. He is an Interdisciplinary Studies major and was sponsored by Chi Omega.

Second runner-up was Austin Perkins of Louisville, the son of Jeffrey and Vanessa Perkins. He is a Psychology major and was sponsored by Phi Mu and Phi Gamma Delta.