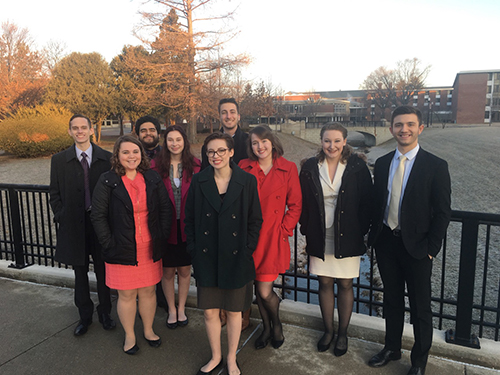 In Illinois, WKU’s team of 10 placed second in team sweepstakes at both tournaments. Other competing schools included Northwestern University, Bradley University, the University of Wisconsin-Eau Claire and Northern Illinois University.

Next weekend the team will split to compete at Champaign-Urbana, Illinois, and Murray, Kentucky.

Results from the Webster University “Gorlok Gala” are as follows:

Results from the “Mid-America Forensic League 5 & 6 Tournaments” are as follows: