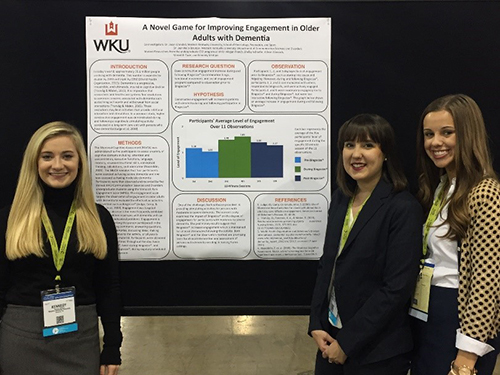 Student researchers observed a total of five residents with dementia severity ranging from moderate to severe for 11 weeks using the Menorah Park Engagement Scale.  Levels of severity were derived using the Montreal Cognitive Assessment (MoCA). Bingocize® is a combination of bingo, functional movement, and social engagement and was facilitated by five Exercise Science students each Wednesday at a local memory care facility. Preliminary results suggest that Bingocize® increases engagement, which is maintained for at least 20 minutes following the activity.