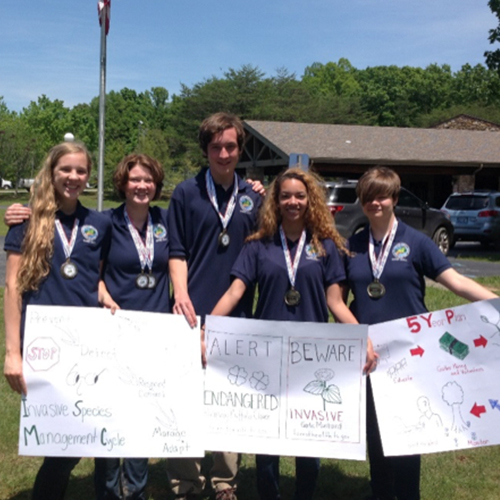 For the second year in a row, The Gatton Academy of Mathematics and Science earned second place in the Kentucky State Envirothon Competition, scoring the highest overall on both the Wildlife and Aquatics exams. Forty-two teams from across the Commonwealth participated in the esteemed competition.

Members of The Gatton Academy’s team include:

“Placing second in the state is a wonderful recognition for this group of students who care deeply about Earth science and our natural world,” said Derick B. Strode, Assistant Director of Academic Services at The Gatton Academy. “The team trained weekly throughout the school year, studying issues that are of great importance to farmers and environmentalists in Kentucky.”

The Envirothon Competitions is a nationwide competition for high school students who have a passion for natural sciences, resources and the environment. It consists of extensive tests on soils, aquatics, wildlife, forestry and a current issue.  This year’s current issue was invasive species. In addition to the tests, competitors prepare and present a 10-minute oral presentation over the current issue. All five members of the team compete as one while moving from station to station where they complete hands-on experiments and use analysis and critical thinking skills.