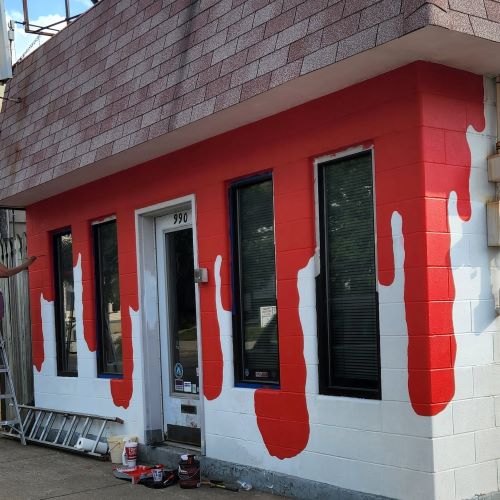 Jenny Kiefer, a WKU Creative Writing alum who graduated in 2011, is opening a bookstore in Louisville, KY for horror books and paraphernalia. Butcher Cabin Books is located at 990 Barret Ave, and its grand opening is October 15 & 16 from 12:00-7:00 pm.

Kiefer herself is a writer of horror, and her debut novel This Wretched Valley is set to release in 2024.  “I’ve always loved horror,” Kiefer said. “As a kid, I read books like Scary Stories to Tell in the Dark, Goosebumps, and Fear Sreet. I’m not easily scared, and I just love creepy, spooky things.” When Kiefer began to write, her own stories also leaned towards the darker side.

Kiefer discussed why she enjoys writing horror: “To some people, it may seem backward to say, ‘I have anxiety and so I like reading and writing horror’ because they think horror would cause more anxiety. However, writing horror is a way for me to channel my anxiety and make it useful in some way.” Kiefer described how characters in horror have to exhibit fear and anxiety convincingly to a reader, and she is able to use her experiences with anxiety in those depictions. The process also gives her a sense of power. She said, “Writing horror gives me a way to control anxiety. If I’m writing it, I control how it ends.”

Kiefer has noted the number of great works coming out of the Indie Horror scene. She had always liked the idea of opening a bookstore, and she and her mother, her business partner, decided that now would be a great time to open one to support the scene since most traditional book retailers do not carry a wide range of horror. (However, Kiefer does claim that the Barnes & Noble in Bowling Green has one of the better horror sections because of one employee’s efforts to curate books for it.)

The process of opening the store has been helped by luck, Kiefer believes. The building that the store is in has been owned by her family for many years; her father’s business Currie Sound operates in the back of the building. Owning the building allowed them creative freedom with renovations, such as painting the exterior to look like dripping blood. Kiefer Tweeted an image of the storefront, and the post went viral, raising lots of interest in the store. The renovations are wrapping up currently, including a mural of moth wings that people can stand in front of for photo ops.

Some of the books to be sold were sourced through library book sales and thrift stores and from friends sending books to them. They will also be selling new books from independent publishers and local authors to better support the indie scene.

Kiefer has invited Kentucky writers to come to the store to discuss their works, and there are events scheduled for October and November. She hopes to foster engagement between writers and readers, and she envisions Butcher Cabin Books as “not just a store but a community.”

WKU To Recognize Graduates on Dec 9