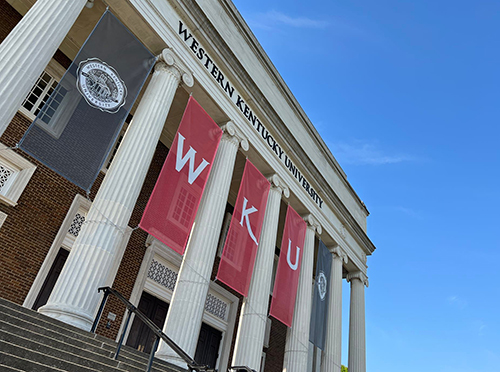 The CPE measures all public universities and community colleges on a) the recruitment and enrollment of diverse students (Opportunity), b) success of diverse students (Success), and c) campus climate, inclusiveness, and cultural competency (Impact). All Kentucky public, four-year institutions are evaluated on a 36-point rubric based on quantitative data and a qualitative narrative outlining DEI initiatives. The CPE quantitative metrics include undergraduate and graduate enrollment, workforce diversity, retention rates, graduation rates, and the number of degrees completed by both underrepresented minorities and low-income students.

“The team actively made strides over the last year in shifting the culture of WKU in terms of inclusive classroom and workplace practices among faculty and staff,” Dr. Kerby said.

As a result of these efforts, WKU became the first university in Kentucky to receive approval from the CPE for the Kentucky cultural competency credential certification with the Center for Innovative Teaching and Learning’s ONE WKU Inclusive Teaching Academy, led by Dr. Marko Dumančić and the DEI Community of Practice Fellows.

In 2022-23, the Chief Diversity Officers and DEI Workgroup will continue to work on strategies to create a more equitable and inclusive campus at WKU, Dr. Kerby said.