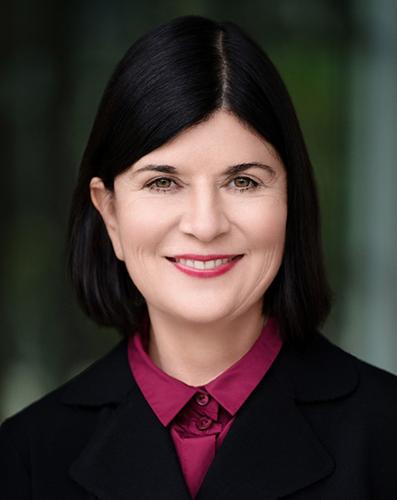 WKU graduate Vicki Phillips has been named Chief Executive Officer of The National Center on Education and the Economy.

Dr. Phillips, who will step into the role on July 1, said the opportunity to lead NCEE in its work to create systemic improvement in U.S. education was a culminating moment in her career.

“It is a privilege to lead NCEE,” Dr. Phillips said. “Its talented people and proud history of working for more equitable, higher achieving and stronger systems of public education are held in high regard both here in the U.S. and around the world. I am grateful to the Board of Trustees for their confidence and support. Our students, schools and communities continue to reel from the fallout of the global pandemic and face increasing inequities. There is no organization better positioned than NCEE to support U.S. states, districts, and schools in redesigning their education systems for achieving more equitable outcomes for all of our students.”

Dr. Phillips, a 1976 graduate of Breckinridge County High School, grew up on her family’s farm in Falls of Rough and was the first of her family to attend college. She received a bachelor’s degree in Elementary Education in 1980 and a master’s degree in School Psychology in 1987 from WKU. She earned a doctorate in Education in 2002 from the University of Lincoln in England.

She was inducted into WKU’s Hall of Distinguished Alumni in 2011. WKU presented her with an honorary Doctor of Public Service degree in 2010.

“Dr. Phillips’ distinguished and ongoing career highlights the depth of opportunity within the education profession,” said Dr. Corinne Murphy, Dean of WKU’s College of Education and Behavioral Sciences. “Her continued accomplishments serve as a model for our Hilltopper alumni and their future impacts as educational leaders within our global society.”

Dr. Phillips began her career as a middle and high school teacher in the Simpson County School District. Following her career as a classroom teacher, she served as a senior executive in the Kentucky Department of Education when the landmark Kentucky Education Reform Act (KERA) was conceived and implemented in the late 1980s and early 1990s.

Dr. Phillips, who was most recently Executive Vice President and Chief Learning Officer at the National Geographic Society, previously held a number of leadership roles including as the State Superintendent of Education of Pennsylvania, the Superintendent of Schools at Portland (Oregon) Public Schools, and the head of K-12 education at the Bill & Melinda Gates Foundation.