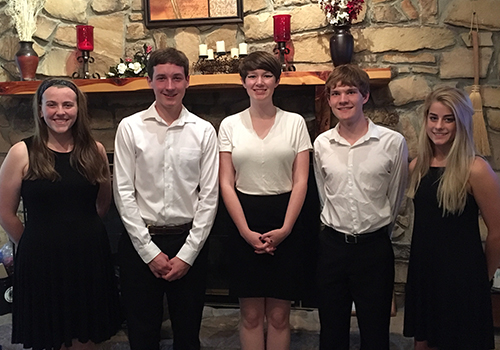 Members of The Gatton Academy’s team include:

The Envirothon Competition is a nationwide competition for high school students who have a passion for natural sciences, resources and the environment.  It consists of extensive tests on soils, aquatics, wildlife, forestry and a current issue.  This year’s current issue was soil and water conservation stewardship.

In addition to the tests, the students also prepare and present a 10-minute oral presentation over the current issue.   All five members of the team compete as one while moving from station to station where they complete hands-on experiments and use analysis and critical thinking skills.

The Gatton team scored the highest overall among the 50 high school teams present on the Oral Presentation, Current Issue, Forestry, Wildlife and Aquatics exams at the state Envirothon competition.