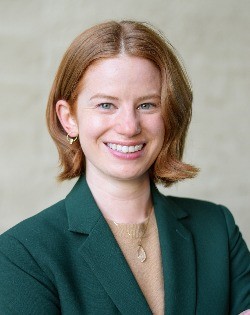 Dr. Benn also maintains an active career as a cellist and baroque cellist. She thrives when working with composers and in finding new sounds. As an interpreter of new music, she served as one of the principal cellists of the Lucerne Festival Academy Orchestra; has premiered work in the United States, Europe, and Canada; and has collaborated with Joel Sachs, Miranda Cuckson, and members of the International Contemporary Ensemble, Alarm Will Sound, Yarn/Wire, and the Kronos Quartet.

Prior to coming to WKU, she was a member of the music scene in Cleveland, Ohio, where she had a particular passion for building community through artistic projects. Between 2017 and 2021, she served as a director of Cleveland Uncommon Sound Project (CUSP), an organization dedicated to new and experimental music that she co-founded with the saxophonist Noa Even. Due to this work, Dr. Benn was named one of the Museum of Contemporary Art Cleveland’s 2019 New Agents, a group of 52 “experimenters, catalysts, and change-makers, who are pushing Cleveland forward right now.”

Dr. Benn holds degrees in cello performance, pedagogy, and music history from Rice University and the Cleveland Institute of Music. She received her PhD in musicology from Case Western Reserve University in 2021.