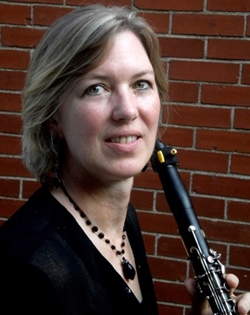 Marilyn graduated from Indiana University with a Bachelor of Music Education, a Master´s degree from Manhattan School of Music and a performance certificate from the Sweelinck Conservatory in Amsterdam, Holland where she studied with George Pieterson from the Concertgebouw Orchestra.

She is a founding member of Sinfonietta Ventus, a woodwind octet based in Mexico City and since 1990 has played clarinet and Eb with the Orquesta Sinfonica de Mineria.

With Sinfonietta Ventus Woodwind Octet and the Mexico City Philharmonic she has toured extensively in Mexico, Europe, China, Colombia and the United States.