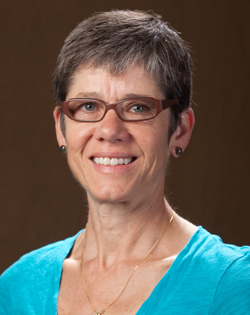 During her many years at Western, Dr. Stewart has taught a wide range of classes, including all levels of language, the Spanish literature survey, contemporary Spanish literature, Spanish culture and civilization, and special topics courses on translation and interpreting, immigration in contemporary Spanish literature, film, and media, and texts of the Spanish Civil War. Her publications include Testament in Prague, an English translation of Teresa Pàmies’s Testament a Praga, and studies focused on the narrative of female Catalan authors in journals including Letras Peninsulares, the Hispanic Journal, and the Catalan Review. She has recently co-edited Spanish Women Authors of Serial Crime Fiction: Repeat Offenders in the 21st Century (Cambridge Scholars Publishing, 2020).  She is a big supporter of study abroad and has served as the director of the Kentucky Institute for International Studies Spain II summer program in Segovia for a number of years.  In addition, she has directed the KIIS semester program on several occasions.