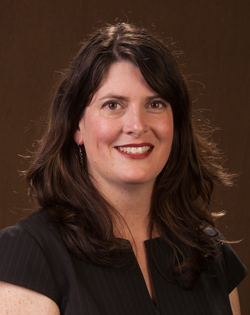 Melinda earned her bachelor's degree in French and Religious Studies from Western Kentucky University, and her master's degree in Intercultural Relations with a focus on International Education Exchange, from Lesley University in Cambridge, MA. Since 2004, Melinda has worked within the field of higher education, including positions such as Education Abroad Advisor at the University of Kentucky, Administrative Director of the University of Denver/Iliff School of Theology Joint Doctoral Program in the Study of Religion, and Study Abroad Advisor at Western Kentucky University.

Melinda joined the Chinese Flagship Program in 2010 as the first program coordinator, serving in this role until 2015. As program coordinator, she co-led a winter term program to China with Flagship students in 2011, and served as the advisor for all Flagship students. After two years at the University of Denver, Melinda returned to the Chinese Flagship Program at WKU as Assistant Director in 2017.

A long-time advocate of international academic and professional experiences, Melinda has studied abroad in Ghana, taught English in China, lived in the Netherlands, and has traveled to all continents except for Antarctica. She has formally studied French and Spanish, with short-term language coursework in Chinese, Italian, German, and Dutch. She draws upon these experiences to prepare her students for working and studying overseas, and encourages students to explore internal and external funding for these experiences.