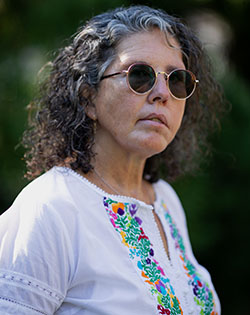 Dr. Pertusa was born in Spain. She holds a Licenciatura in Ciencias de la Información from the Universidad Complutense in Madrid, and a Master on Library Science (Documentación) from the Universidad Complutense in Madrid. She completed her M.A. in Hispanic Literature at the Univerity of Arkansas, and her Ph.D. at the University of Colorado at Boulder. She worked for several Spanish newspapers including Marco Real, and the ABC in Spain as a photojournalist, and won many photography contests in Spain.

Dr. Pertusa is the State Site director of the KIIS Study Abroad Semester Program in Spain. This academic program is conducted each Spring between late January and late April. The 13-week program in Segovia, Spain, hosted by the Kentucky Institute for International Studies offers 5 upper-division courses in Spanish, two intermediate Spanish courses, and two Culture and History of Spain courses in English to its participants, an all-expense included homestay with a Spanish family in Segovia, several cultural excursions to Toledo, Salamanca, Ávila, Madrid, and Coca, cultural workshops and guest lectures by local artists, and writers and much more. For more information, you may contact Dr. Inma Pertusa or visit kiis.org. If you are interested in applying, you can do so here for Spring 2022.