This is a list of collections in the Manuscripts & Folklife Archives holdings of WKU's Department of Library Special Collections that contain materials relating to Mammoth Cave: descriptions of the Cave by both visitors and guides, operation of the Cave as a tourist attraction, archaeology at the Cave, the creation of Mammoth Cave National Park, and more.

Clicking on a collection name will link you to TopSCHOLAR®, WKU's online digital repository, where you can download a detailed finding aid for that collection, and in some cases view materials in the collection.  For further information, e-mail mssfa@wku.edu.

To broaden your search to include sources such as books and other publications, postcards, advertisements and photographs, search KenCat, the Kentucky Library Research Collections catalog.

Over generations, visitors have recorded their impressions of this great natural wonder in diaries and letters.  The collections below contain extended accounts of Cave visits.  In several cases, famed African-American guide Stephen Bishop escorted the visitor.

Kite, Thomas, b. 1818
Kite's journal of a trip from his Cincinnati home to Kentucky includes a lengthy account of three days in May-June 1847 spent touring Mammoth Cave.  Stephen Bishop and "Alfred" were his guides.

Sargent, George Henry, 1828-1917
This diary of New Yorker and Harvard graduate George Sargent describes his three months of travel in Kentucky, including his December 1852 tour of Mammoth Cave in the company of Stephen Bishop.

Mammoth Cave - Letter
A tourist writes of her May 1928 tour of Mammoth Cave with guide "Mat"; she also comments on Great Onyx Cave, Crystal Cave and Sand Hill Cave.

Mammoth Cave before it was a National Park

The collections below relate to Mammoth Cave as a tourist destination (and briefly in the 1840s as a tuberculosis hospital) before it became a national park.  Dr. John Croghan, the Cave's last private owner, died in 1849.  Trustees administered the property on behalf of his heirs until federal legislation passed in 1926 began the process of creating Mammoth Cave National Park.

Anderson, Oliver Hazard Perry, 1813-1845
In a letter written in 1842, Frankfort, Kentucky native Anderson describes his experience as a tuberculosis patient at Mammoth Cave, where Dr. John Croghan had opened an experimental underground sanatorium.  A second letterwritten in 1843 describes his departure.

Mammoth Cave - Deeds
Copies of five deeds, 1799-1814, of Mammoth Cave lands, including the original 200 acres entered by Valentine Simon under a Commissioner's Certificate.

Mammoth Cave Hotel - Registers
Two registers recording name, residence and destination of visitors to the Mammoth Cave Hotel, 1858-1860 and 1862-1866.  A second collection contains typescripts of these registers, sorted by date and guest name.

Moody, Thomas Newton, b. 1938 - Collector
A hotel bill and clippings relating to a double wedding performed in Mammoth Cave, the 1879 marriages of Anna D. Moore to Thomas N. Moody and of Virginia (Jennie) Lucas to James W. Helm.

Underwood, Joseph Rogers, 1791-1876
A copy (original in Huntington Library) of trustee Joseph Underwood's report on the state of business and tourist activity at Mammoth Cave in 1867.

The collections below relate mainly to the acquisition and development of Mammoth Cave from the 1920s through 1941, when the National Park Service assumed full responsibility for the attraction.

Mammoth Cave National Park - 50th Anniversary Celebration
Audiotapes in this collection, made in June 1991 at the 50th anniversary celebration, include oral histories about the park and its traditions.

Nahm, Max Brunswick, 1864-1958
These papers of Max B. Nahm of Bowling Green, Kentucky, first president of the Mammoth Cave National Park Association, include meeting minutes, correspondence and materials relating to all aspects of the process--funding, land acquisition, improvement, and legislation--by which Mammoth Cave became a national park.

Rodes Collection
A 1966 letter of Judge John B. Rodes of Bowling Green, Kentucky reflects on his early work with the Mammoth Cave National Park Association; included are his daughter's 1974 remarks on long-range planning for Mammoth Cave.

Wells, Vernon P., b. 1914
An audio recording and transcript of Wells, a park ranger at Mammoth Cave from 1933-1942, discussing his work, and in particular the contentious process of land acquisition for the national park.

The collections below concern miscellaneous aspects of Mammoth Cave, including the work of guides, scientists and naturalists.

Green, Frank Henry
"Mammoth Cave Stories," Frank Henry Green's illustrated collection of tour narratives, stories and anecdotes relating to his work as a guide at Mammoth Cave from 1975-1986 and 2008-2009.

Helm, Margie May, 1894-1991
Research papers on Mammoth Cave maps and on the Gatewoods and other cave guides; also a folk tale about Mammoth Cave.

Wilson, Alexander Gordon, 1888-1970
These papers of WKU English professor and folklorist Gordon Wilson include his ornithological studies at Mammoth Cave National Park.  His diary also records a 1909 excursion to Mammoth Cave while he was a student.

I have been to Mammoth Cave!  How the memories of what I saw yesterday and to-day, crowd upon my mind and seem like unreal and impossible things, visions of something supernatural.  Why did the Creator put such wonders and such magnificent formations far down in the earth? 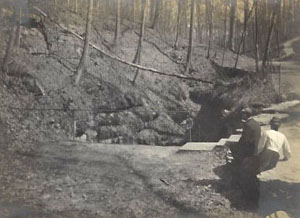 In November last I visited the cave and made a very thorough examination of the books and accounts.  The result is as follows.  In 1866 was collected for cave fees $4986.50. . . . compensation for guides, oil, lamps and Commission amounted to $1797.97. 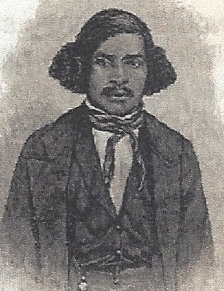 Our guide Stephen here deserves a passing notice.  He is a sprightly mulatto, apparently about 35 years of age, of medium height, black, piercing, and intelligent eyes, with glossy jet hair.  His good humored laugh gave him a ready passport to our confidence.


I have "Stephen" for a guide.  His fame is almost equal to that of the cave, he having been here seventeen years and has explored the cave to a greater extent than anyone else. . . .  He is yet a slave but will be free in three years.


Stephen showed us the place where a couple were married.  The lady promised her mother that she would not marry the gentleman on earth, so she married under the earth.

We progressed but a little way before we discovered innumerable quantities of bats which had taken refuge there from the severities of the season; they were suspended from all parts of the rocks by their claws, with their heads down, and crowded so close that they resembled a continued black cloud; they appeared much disturbed at our intrusion which they manifested by a disagreeable hissing or twittering noise."

The Cave itself will soon have to be sold at public auction (the sole remaining heir is more than ninety years old) so that, unless Congress can be induced to take action to preserve this great work of Nature, for all of the people, it will no doubt pass into private hands to be privately exploited--and thus the golden opportunity to secure it for all the people will be lost.


The park area at that time [1933] was far far different from what it was today.   There were within the boundary, which consisted of some 60,000 acres, about 600 families. . . They were an independent people, very proud, self-reliant, mostly religious people. . . .  As long as hundreds of people lived within the boundary, there was no possibility that the area could become a national park.  And that was to be the great task that lay ahead.
- Vernon P. Wells 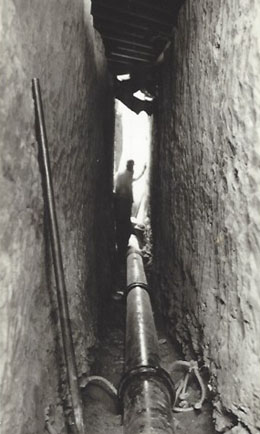